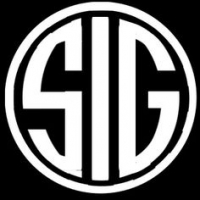 SIG Sauer is the brand name used by two sister companies involved in the design and manufacture of firearms. The original company, SIG Sauer GmbH, is a Swiss-German company, formed in 1976 as a partnership between Schweizerische Industrie Gesellschaft (SIG) of Switzerland and J.P. Sauer & Sohn of Germany.

SIG (now known as SIG Holding, AG) no longer has any firearms business. Their firearms subsidiary, SIG Arms AG, was sold to L&O Holding of Emsdetten, Germany and was renamed Swiss Arms. L&O Holding is currently the parent company of SIG Sauer GmbH.

A separate company was founded in the US in 1985 with the name SIGARMS to import and distribute SIG Sauer firearms into the United States. This company was renamed SIG Sauer Inc. in 2007 and since 2000 has been organizationally separate from SIG Sauer GmbH.