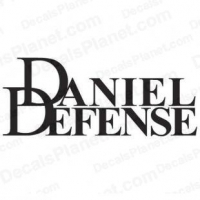 Daniel Defense is an arms manufacturer, founded in 2002 by Marty Daniel in Savannah, Georgia. Following substantial growth, in 2009 Daniel Defense expanded and moved into a new manufacturing facility in Black Creek, Georgia where it is now based. It has also expanded to a second facility in Ridgeland, South Carolina. Daniel Defense was featured in Inc Magazine's Top 5000 list in 2012, 2013, and 2014. Daniel Defense has notable clients for its rail systems, such as the United States Special Operations Command, and the United Kingdom's Ministry of Defence.