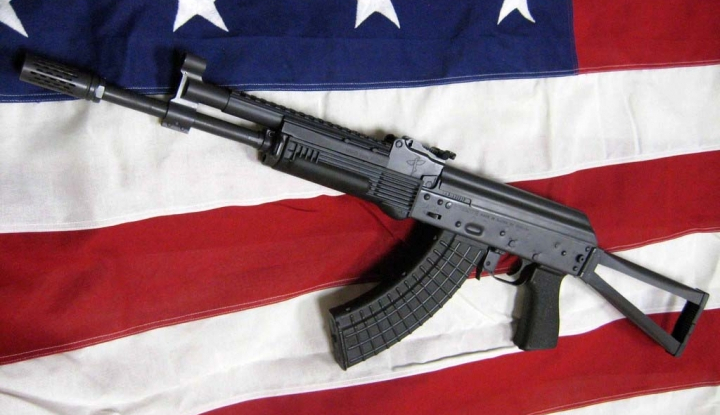 In the USA, each year, civil consumers buy thousands of samples of Kalashnikov creation. The best in the USA market is that you can find the AK any taste and price required. It even may be manufactured in the USA, in order not to offend the national-patriotic feelings of the locals. You can find plenty of AK lines, productions and countries-manufacturers in small gun stores or big shops in the USA. Therefore, if you require a not prejudged and considered opinion about this weapon, you should read American gun owners’ comments.

Along with Russia, the most popular suppliers of the AK-shaped assault rifles are China, Bulgaria, Poland, Romania, former Yugoslavia, the other countries if the former Soviet bloc and some of the Arabian countries. Israeli and Finnish products as well as SIG platforms, in my opinion, should be discussed separately.

Special attention should be paid to American companies that produce single parts and make the AK modifications on their soil. Namely, these samples are examples of the best quality and let us enjoy the faultless of the AK design on 100%.

In the former USSR, at the weapon circles, there is an opinion, that, of course, the best AK is the original Soviet’s. But if you read the American specialists reviews you know that is not quite true. Though Soviet original AK is the valuable items in the amateurs collections, the reputation of the high-quality product was compromised by Izhevsk Mechanical Plant’s fakes, during 90’s - early 2000’s. Moreover, during the Soviet time, not all AK lines could be regarded as quality standard.

The product of the Bulgarian factory “Arsenal” has a perfectly well reputation in the USA. Perhaps, among the batch items, precisely this company has the biggest number of flattering reviews. But the prices for its product much higher than competitors.

The main distinguishing feature of the Bulgarian product, unlike the competitors, is the quality of the final steel processing, milled receiver, and high-quality barrels. All the negative reviews mostly are about the price. Many Americans truly believe that the AK must be an inexpensive product and there is no sense to overpay for super quality when old cheap automatic rifles shooting good as well.

The Chinese product for the past few years has developed better quality along with the reasonable price. The lower operational product features belong to the several Arabian countries.

What is the price of AK in the USA in spotless design?

Fans of the first-class product will have to pay from 1200 to 2500$ for this platform, depending on the dodger and the amount of the improved blocks.

The principal price difference depends on the receiver type (thin extruded or thick milled) and final processing quality, chrome-plating and etc. It’s here an extra buck is hidden, turning the AK price from three-figure to four-figure.

However, considering that in Eastern Europe the base version of reworked AK costs 900$ - this is more or less acceptable prices for Americans. By the way, the price, of the main competitor - the AR-15(M4/M16) platform, is in the same range if we’re talking about the high-quality product.

Nonetheless, AK in the USA - is quite a commercially successful product, which supports job places for a huge amount of people. Hundreds of small and bigger companies are engaged in manufacture the AK parts, processing and modernization, subcontracting work and etc. There are many schools, courses, and seminars on AK usage and shooting technique. A number of eminent trainers regularly holds seminars and training on conducting military operations with the AK uses. Private military companies prepare and arm the contractors exactly with such a weapon.

Actually, looking at the attempts of the project AK-12, on awkward technical solutions and poor design, I’d like to send them to the USA for their acquaintance to the high-grade and modern AK look like. Do not underestimate the impact of a developed civilian arms market on the very development of technical solutions and weapons business in general.