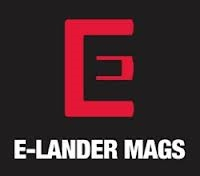 Fabrique Nationale Herstal (English: National Factory Herstal), self-identified as FN Herstal and often referred to as Fabrique Nationale or simply FN, is a leading firearms manufacturer located in Herstal, Belgium, owned by the holding company Herstal Group which is in turn owned by the regional government of Wallonia. It is currently the largest exporter of military small arms in Europe.

FN Herstal is a member of the Belgian Herstal Group, which also owns U.S. Repeating Arms Company (Winchester) and Browning Arms Company. FN America is the American subsidiary of FN Herstal; FN America was formed by the merger of FN's previous two American subsidiaries: FN Manufacturing and FNH USA. FN Manufacturing, located in Columbia, South Carolina, was the manufacturing branch of FN Herstal in the United States, producing firearms such as the M249 and M240 machine guns and the M16 rifle, among others. FNH USA, located in McLean, Virginia, was the sales and marketing branch of FN Herstal in the United States. After the merger, the facilities in South Carolina and Virginia remained, but with integrated management. A United Kingdom based manufacturing facility FNH UK is now also in operation.

Firearms designed and/or manufactured by FN include the Browning Hi-Power and Five-seven pistols, the FAL, FNC, F2000 and SCAR rifles, the P90 submachine gun, the M2 Browning, MAG and Minimi machine guns all have been commercially successful. FN Herstal's firearms are used by the militaries of over 100 countries.